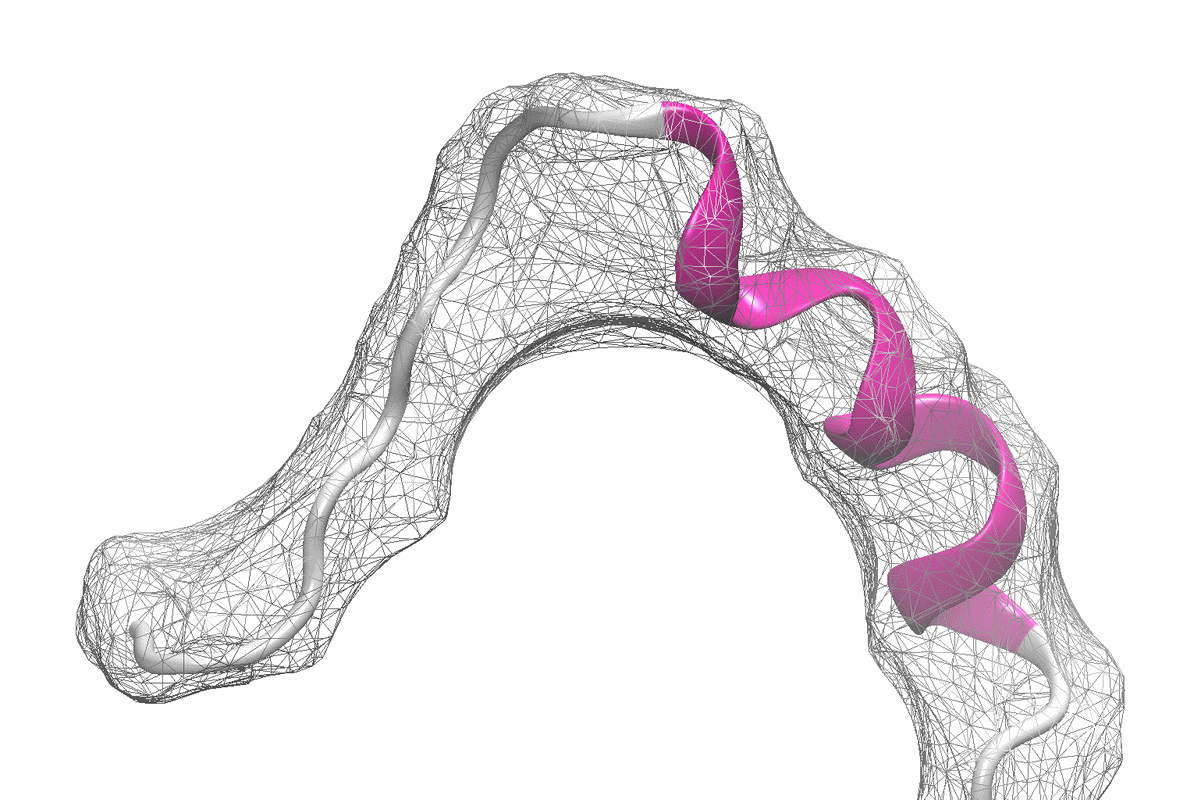 The company says that about 30% of proteins are predicted to not have a single 3D structure. Instead, they have evolved to fluctuate between an ensemble of short-lived conformations, which enable them to perform essential functions in cells. Many proteins implicated in cancers and neurodegenerative disorders, as well as many bacterial and viral proteins, belong to this class of shapeshifting proteins, termed intrinsically disordered proteins (IDPs). For these proteins, obtaining detailed structural information that can guide structure-based drug discovery is challenging, making it very difficult to target these proteins. 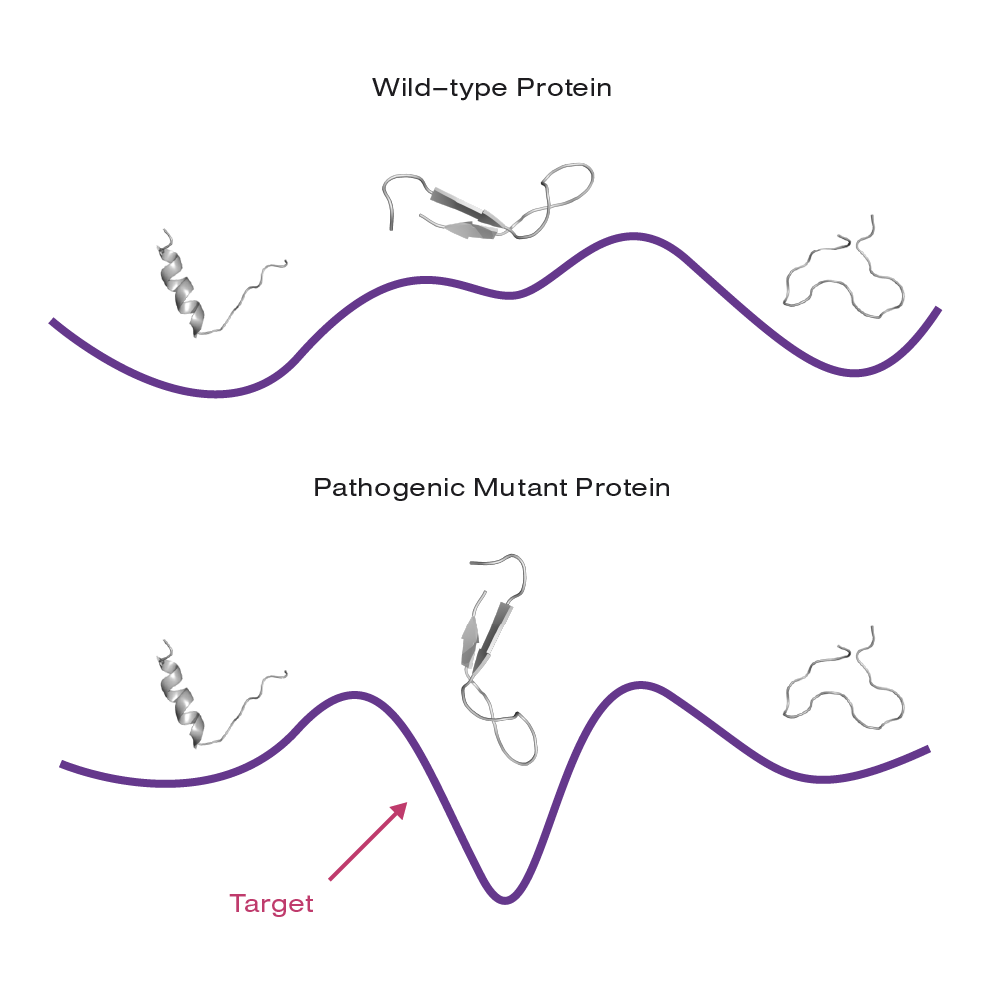 Existing technologies, developed to describe compact and stable proteins, have not been able to consistently capture the extended conformations adopted by IDPs or the timescales at which they fluctuate.

The strategy is to specifically drug malfunctioning IDPs and restore normal cellular function. First, the company utilizes bioinformatics and mutagenesis assays to identify the functional roles of individual IDP states. Next, they compare the set of conformations adopted by a “wild-type” protein in healthy cells and those from an impaired form of the protein in diseased cells. By solely targeting pathogenic conformations in diseased cells, the healthy protein remains unimpaired, presenting a new route to low-toxicity drugs.

Target IDPs include p53 (Tumor suppressor with mutations in over half of tumors); Amyloid BETA (Normally disordered, but forms aggregates in the brains of Alzheimer’s patients); and ccda (Bacterial antitoxin protein that releases a toxin to trigger cell death).

Founded in 2019, New Equilibrium is part of the Petri accelerator and has received an NSF SBIR Phase I Award that started in September 2020.

May 24, 2022Aulos Bioscience
Aulos Bioscience aims to revolutionize cancer patient care through the development of pioneering Interleukin-2 therapeutics for the treatment of solid tumor cancers. Interleukin-2 or IL-2 …
May 18, 2022Code Bio
Code Bio is using its novel targeted non-viral delivery platform to develop genetic medicines for serious and life-threatening diseases such as Type 1 Diabetes and …
May 9, 2022Muna Therapeutics
Muna Therapeutics aims to preserve brain function and enhance resilience to neurodegenerative diseases.  The company engages in the discovery and development of novel therapies that …
April 27, 2022Glyphic Biotechnologies
Glyphic Biotechnologies is an MIT spin-out aiming to accelerate the critical but slow step of sequencing new proteins, potentially cutting drug development times down by …
April 24, 2022ImmuneID
ImmuneID is a precision immunology company that has developed a genome-wide, high-throughput platform to provide an understanding of individual immune responses. ImmuneID's aiSPIRE platform screens billions of …
April 15, 2022Flare Therapeutics
Flare uses a “switch-site based drug discovery approach” to develop a pipeline of therapeutic programs that target pivotal cancer drivers such as transcription factor dysregulation …