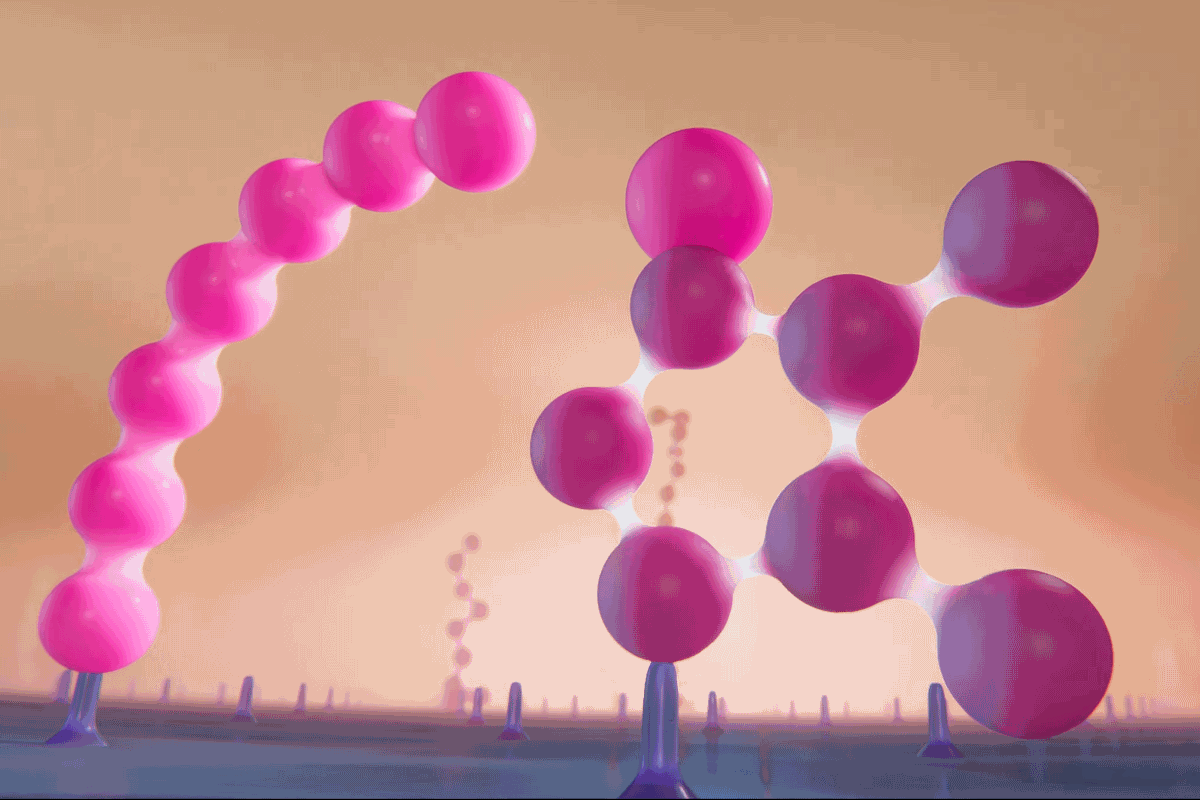 Glyphic Biotechnologies is an MIT spin-out aiming to accelerate the critical but slow step of sequencing new proteins, potentially cutting drug development times down by several orders of magnitude.

After capturing proteins from the sample a chemical fluid is introduced causing the proteins to untangle into single strands of amino acids. A newly developed chemical compound, called ClickP, binds to the N-terminus enabling it to tether locally. The amino acid is then cleaved from the end of the strand and can be recognized by amino acid binders. Once they are bound, the binder fluoresces in a specific colour revealing the identity of the amino acid. The process is repeated until each amino acid has been sequenced for billions of proteins simultaneously.

The platform aims to enable the development of novel therapeutics and diagnostics, providing a deeper understanding of human biology.

Glyphic was founded in 2021 by Joshua Yang and Daniel Estandian, who developed this process based on their work in the Ed Boyden lab in MIT. The company has raised $6M in Seed funding.

January 25, 2023MxT Biotech
MxT Biotech, a Korea University spin-out, aims to transform cancer immunotherapy, cellular engineering and genome editing with its patented non-viral genome editing technology. The Hydroporator™ is a non-viral microfluidic platform …
November 25, 2022Vilya
Vilya is a spin-out of the University of Washington Institute for Protein Design (IPD), with a platform to design membrane-permeable peptides with high structural accuracy, opening up a new class …
November 16, 2022VentureRadar’s Top 100 Emerging Biotech Start-ups Report
Biotechnology is in the midst of a exciting era of innovation, with an ever-expanding toolbox of modalities and approaches spawning development of exciting new vaccines, medicines and therapies. VentureRadar's Top …
November 2, 2022CorriXR Therapeutics
CorriXR Therapeutics is an oncology-focused biotherapeutics developing a novel gene editing platform technology. CorriXR has developed an innovative CRISPR/Cas molecule that disables the genome of a tumor cell but not …